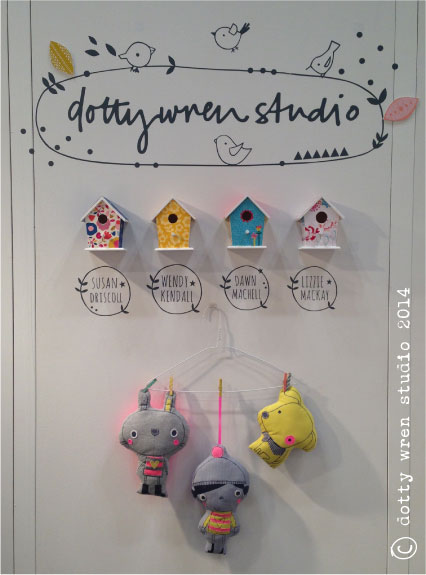 Oh we had such a fab time in New York! It was AMAZING!!
We got up early and went to bed late in the city that never sleeps...and we laughed our heads off all week!

We had an idea of how we wanted our booth to look before we went but we didn't do a proper plan. We just took a load of stuff with us, piled it up on the floor then set to work....and it must have turned out ok cos loads of people came over to give us a "booth of the year" award... not actual real life official awards you understand, just made up pretend ones with no trophy and no plaque...but we accepted with thanks and a big smile anyway.

We arrived on Friday (in the rain) and went to set up on Saturday (in the sun)...here we are with our bags of stuff outside our hotel... 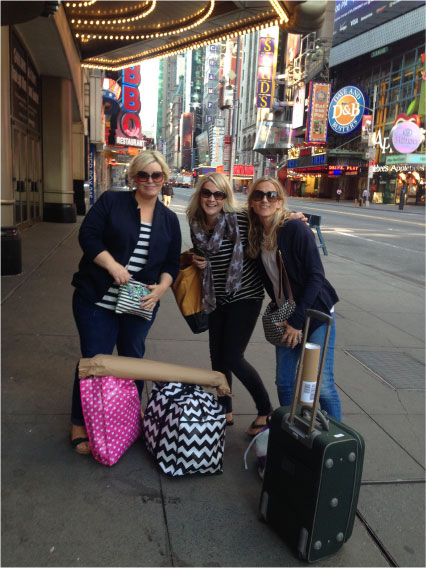 Our booth was a big white space when we found it. But we soon changed THAT! We chucked everything on a big pile in the middle of the floor then just cracked on with it. No-one really decided who would do what, we just found a job and did it. There were also lots of lovely Javits men on hand to lend us screwdrivers and spanners. (Language top tip: a spanner is called a wrench in America!) 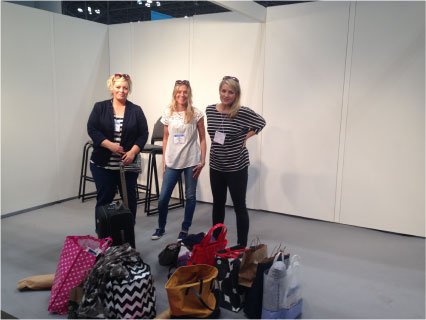 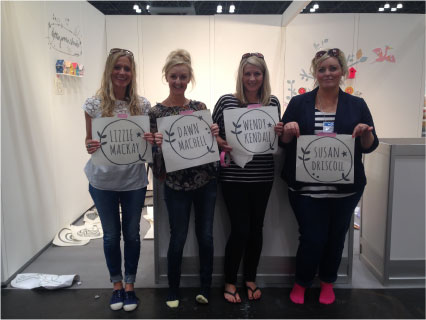 After a while the big white booth looked like this... 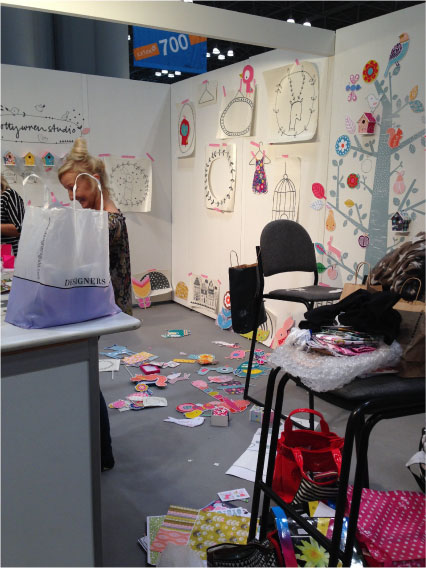 By 3pm we'd done as much as we could and we jumped in a cab to Ikea...in Brooklyn. We knew what we wanted. We'd seen them in Ikea at home. A couple of $10 rails and 4x $5 stools for us to sit on. We could've hired extra Surtex stools to park our bums on but it seemed excessive at the $170 they were gonna charge us for each one so a trip to Ikea seemed like a good plan. 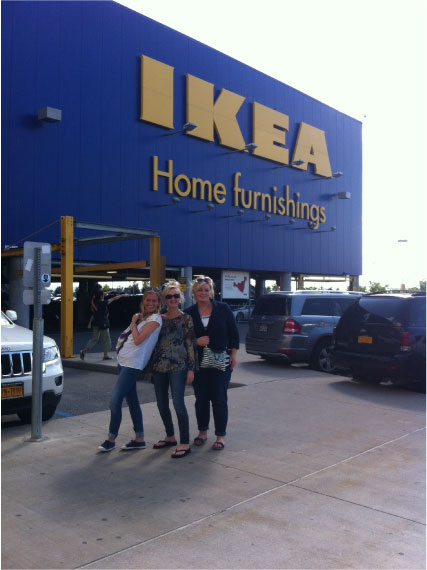 Some people go to New York to shop on 5th Avenue or the fab boutiques in Greenwich Village. Not us. We are Ikea chicks!
Unfortunately getting back wasn't so easy. We found there was a distinct lack of taxis waiting to take people back to Manhattan. We had to sit on an Ikea shuttle bus for half an hour till there were enough people on it for the driver to deem it a worthwhile journey. He then dropped us off at a subway station and we had to do the whole subway thing with our stools and flatpack rails in tow. Oh what fun!

The Javits is massive and it was basically all we saw of New York for the next 3 days. 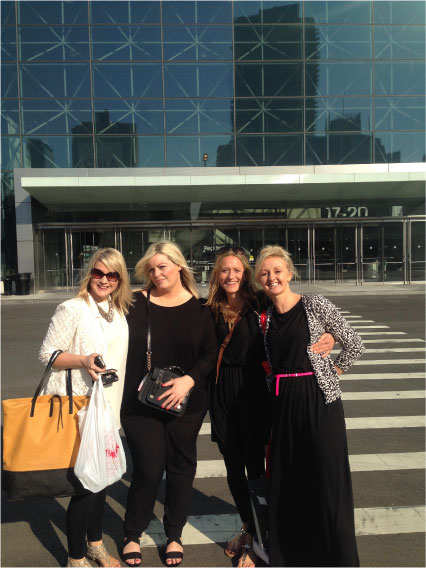 Here's our booth... some might say "award winning" booth....(unofficially of course...) 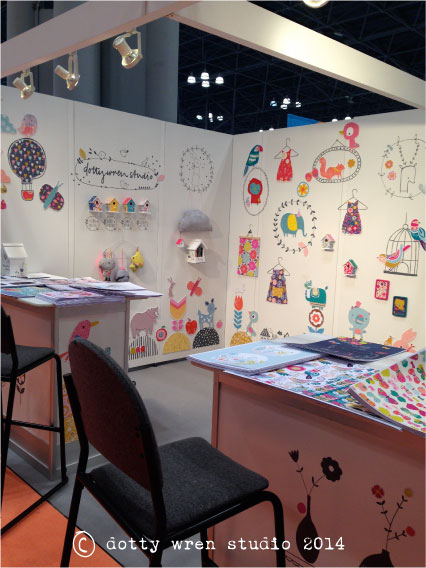 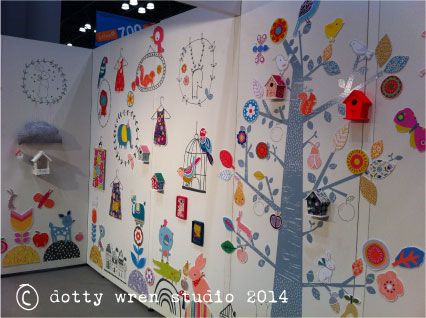 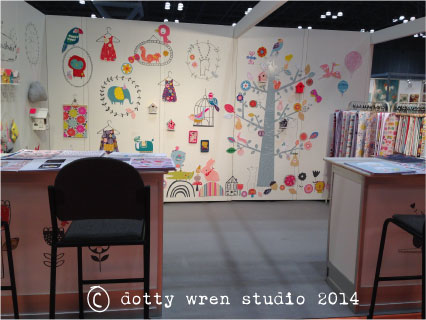 We met the most amazing people in the world EVER. Everyone who came to see us was just sooo lovely. And funny! We had a right laugh! We were expecting serious business types but people were just really amusing.

We had hoped to be all Sex in the City before we went. We failed. But we succeeded in being the Golden Girls! We couldn't believe the number of people who said "You girls are soooo cute!" Clearly "cute" has a different meaning in America cos we are all in our 40's and no-one ever calls any of us cute at home! Could have been the accidental co-ordination of our outfits that did it maybe?... 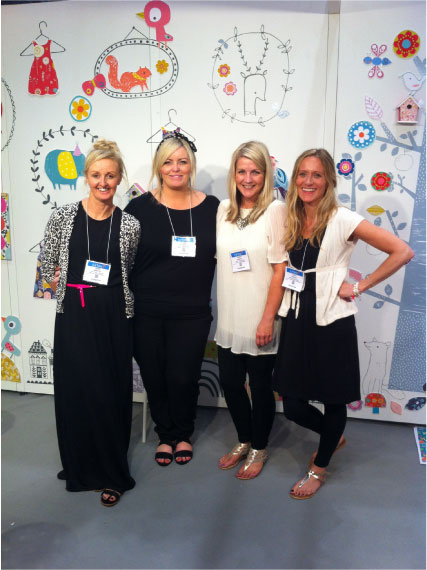 Anyway we had a really great show. Our booth was busy the whole time. We even had queues on the first day! We sold loads and had a lot of interest in licenses and commissions going forwards. We made some great contacts and also met tons of lovely people we had only known online before the show.
And we laughed.
A lot!

It was a bit sad having to dismantle our booth at the end of it all and we defo want to be back there next year.

We didn't really see much of New York though. We could've been in the NEC at home for all we knew! Next year we definitely need to add at least another day in for proper shopping and sightseeing.
We did go for some lovely meals on a night. (Mostly Mexican. Every place we fancied turned out to be all guacamole and frozen margaritas!) 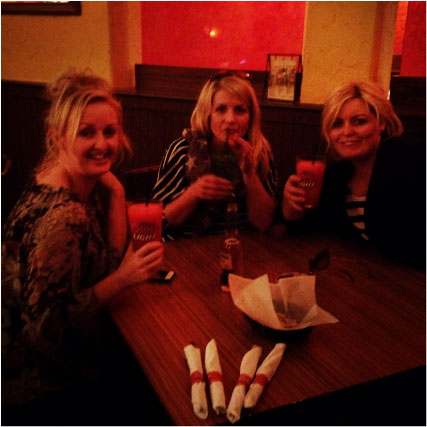 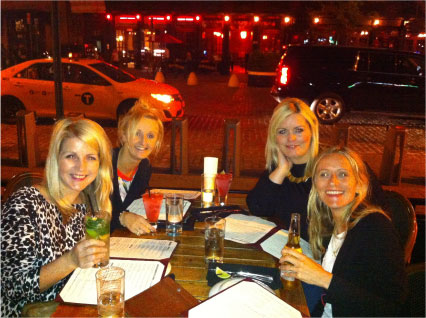 And on the day we flew home we had an hour and a half in Macy's. To do some speed-shopping. 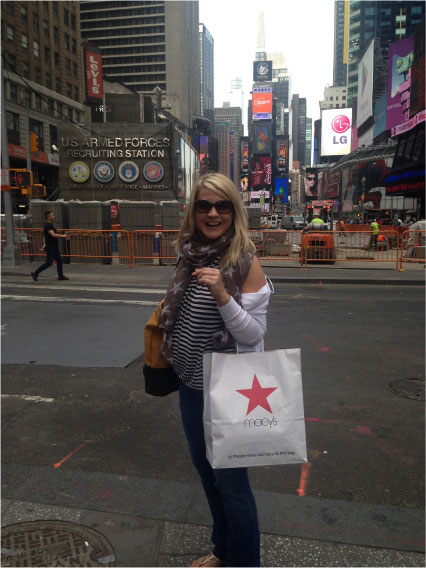 And the good news is...we all got on really well. We are all completely on the same wavelength and it felt like we'd known each other for years.

I'm so glad that this is just the start of our big adventure and the Dotty Wrens will be sticking together ... so stay tuned for our next big adventure!
(And if someone could tell the Surtex organisers that we need an actual real life best booth award that would be great thanks) 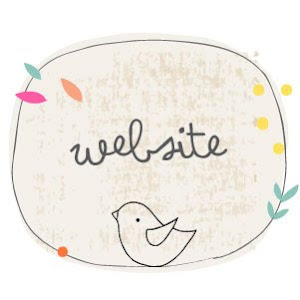 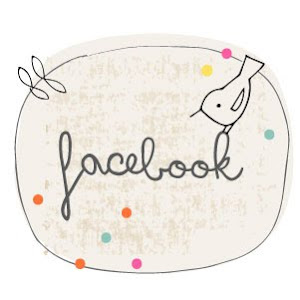 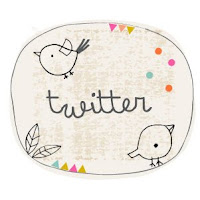